The nunit3-console.exe program is a text-based runner for listing and running our tests from the command-line. It is able to run all NUnit 3.0 or higher tests natively and can run NUnit 2.x tests if the v2 driver is installed.

This runner is useful for automation of tests and integration into other systems. It automatically saves its results in XML format, allowing you to produce reports or otherwise process the results. The following is a screenshot of the console program output. 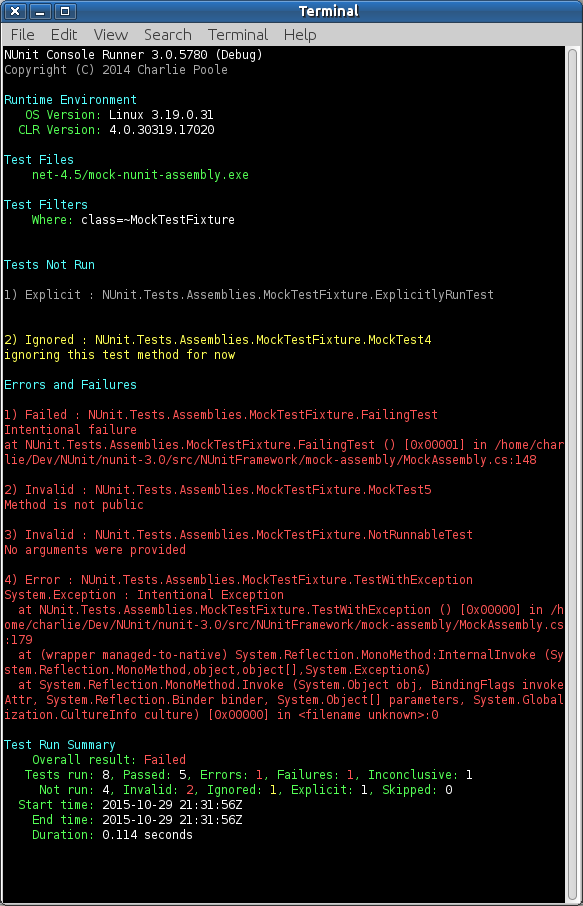 In this example, nunit3-console has just run selected tests in the mock-nunit-assembly.exe assembly that is part of the NUnit distribution. This assembly contains a number of tests, some of which are either ignored or marked explicit. The summary line shows the result of the test run.

The console will exit with zero if all tests pass, a positive number if there are any test failures, and a negative number in the case of any errors in running the test suite. The current exit codes used are summarized below: